This is a component of the pEp Installer for Linux (it does not consistute a useable installer on it's own). This is the program to launch from a *.desktop file, which in turn will offer user choices, and then run backend scripts with proper privileges.

It also has the facility to prompt the user for an administrative password shall the backend script prompt accordingly on its stdout (pseudo-terminal) or stderr.

The uninstall button is only exposed if launched with the option -U. 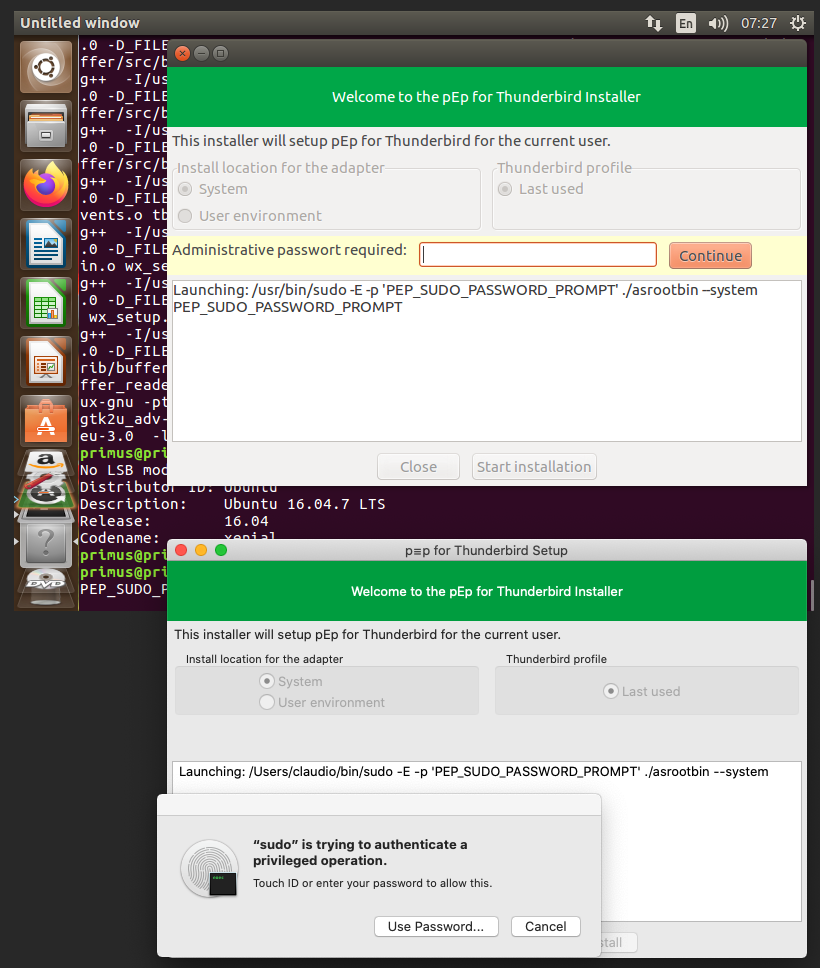 Whenever tb_setup is launched this way, it will parse the .desktop file and extract installation parameters. It will then set defaults and launch install scripts according to the parameters.

The options and values are case sensitive.

The X-pEp-Exec is a file path to the script performing the adapter installation. It is called with the command line arguments and with appropriate privileges (root or user) as described below. The X-pEp-Import-Exec is called after the adapter installation, and called with the command line argumentsas described below, while it is always called as the current user. The values of X-pEp-MDA-Version, X-pEp-MDA-Platform, X-pEp-MDA-OS and X-pEp-MDA-Variant are passed through to the install scripts.

If not set explicitely, X-pEp-MDA-Variant defaults to tb for system installs, and tbmini for user installs.